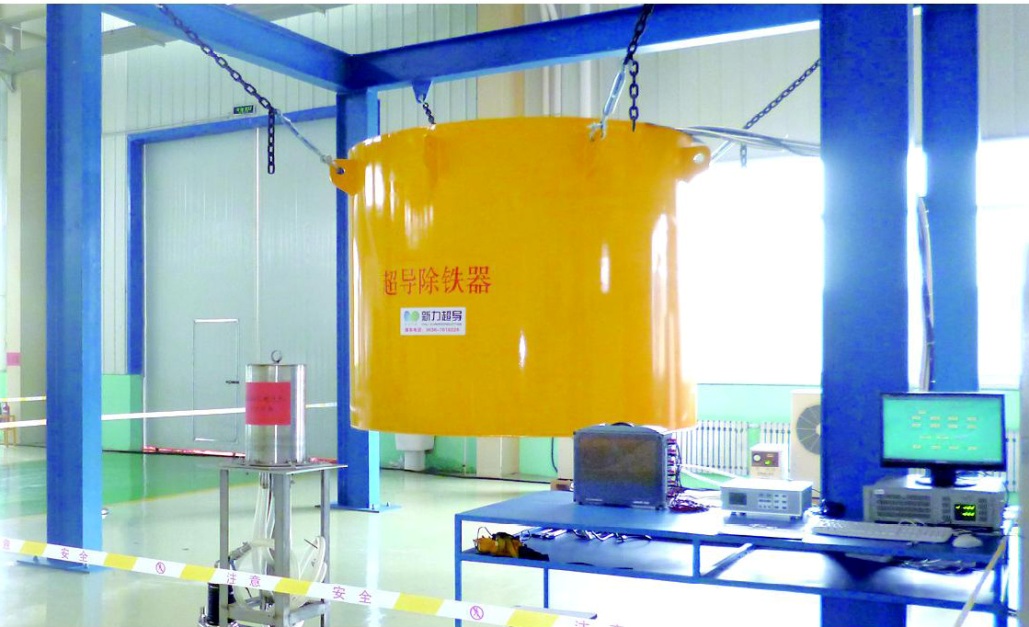 In current days, there are a dozen medium and large coal transporting ports and hundreds of thermal power generations, whose coal need to remove harmful iron impurities such as unexploded detonator and wires. However, the widely used electromagnetic separator can only remove larger iron impurities, while unavailable to those tiny ones like detonator and wires. Thus accidents causing by those tiny ones occurs frequently. On the other hand, the electromagnetic separator is great in weight and high consumption. But when the superconducting iron separator is working, its superconducting coil resistance is zero, a multi-strong magnetic field is generated when the current flows through the superconducting coil. In the multi-strong magnetic field, the central magnetic field can reaches 3T. The rated height is 550mm above the ground where magnetic field density can get more than 400Gs.It can available to remove those tiny iron purities(detonators, wires, ≥20g), and effectively protect the equipment. For those conditions stated above, our company began to research low temperature superconducting iron separator of zero volatilization teamed with Chinese Academy of Sciences Institute of High Energy (IHEP) in June, 2006.